Earlier this year The Feast’s founder and Chair of Trustees, Canon Dr Andrew Smith, was invited by a number of church leaders in Berlin, Germany, to come and share about our work and how it could help them improve their interaction with people of other faiths.

We are now very pleased to be able to share that recently a group of volunteers ran their first pilot Youth Encounter event for Christian and Muslim young people in a forest just outside Berlin!!  They had a good mix of 13 or 14 young people, after persistent phone calls on the morning of the activity to make sure everyone came.

“Some of the youth have commented already to me how it was so good to be able to talk about faith in a relaxed atmosphere, where you could really talk, where there was mutual listening and respect. There was no pressure, no negative discussion, and some good discussion in the small groups. “

The Saturday afternoon went well… until a storm hit.  They had torrential rainfall, thunder and lightening, all arriving just as they were finishing the last of their small group discussions.  The young people and youth leaders all went running off to the cars for shelter, leaving Ben and another leader Andrea soaking wet looking after the gear they had brought.

The downpour bought a premature end to their first encounter event, and meant they did not get to do the amazing looking high ropes course at the venue.

“During the heavy rain, I reflected how this is God’s heart to bless us and every participant.   All in all, we are thankful. It didn’t run completely smoothly, but its a pilot event. We will learn what we can and start moving forward and looking for the next event. “

From all of us involved with The Feast around the UK, well done to all involved and wishing you all the best as you debrief and plan for future healthy and inspiring Youth Encounters for young people in Germany.  Well done!

The Feast Lebanon held its second day of activities with Muslim and Christian young people on Sunday 6th April in the city of Sidon. Sidon is mentioned a number of times in the Bible, and Jesus himself walked in the district of Tyre and Sidon [Matthew 15:21]. The day in Sidon served as an opportunity for the Muslim young people to return the hospitality they had received when they visited Beirut in March.

As you would expect, a key aspect of the day was lunchtime(!), where the young people were able to deepen friendships that have been formed throughout the two days. We also shared the pictures the young people had shared on “The Feast in Lebanon” WhatsApp group.  Prior to the day, each person was asked to share a photo that somehow represented them. On the day of the event, the young people explained the significance of their pictures. This was a great opportunity for us all to learn more about each other in a creative way.

At the end of the day we asked each young person for their feedback on the events, how their views had changed, and what they would like to do next. The feedback was overwhelmingly positive. The young people really enjoyed getting to know each other and breaking down previously held stereotypes and misconceptions. They expressed the desire to talk more about the specific religions of the other group. They also wanted to have more time together, to include more young people and to do joint social activities with their new Christian/Muslim peers.

These two days of The Feast in Lebanon were a pilot. As a result of the success of these two days, the facilitation team is now planning for how The Feast in Lebanon might develop in the future.  We are all excited to see what could happen, and would appreciate your prayers.  Lebanon undoubtedly is in need of creative interfaith youth work, in line with The Feast. In reality, the possibilities are almost endless.

Lebanon is usually in the news for all the wrong reasons. It is true that there is inter-religious conflict and tension, and yet at the same time there is also an incredible level of inter-faith engagement and understanding. And as usual, it is young people who may have the most to offer and the most to gain from building relationships of trust, understanding and hope with those from other faith traditions.

With this in mind World Vision Lebanon and the Institute of Middle East Studies [IMES] based at the Arab Baptist Theological Seminary [ABTS], Beirut, are facilitating a pilot ‘Feast’ project with 12 Lebanese young people, aged 15-18, which began on Saturday, the 8th of March, in Beirut.

Although at this stage a pilot project, the purpose of The Feast in Lebanon is: To expose Lebanese young people (15-18), who are serious about their faith, to one another, in order to increase tolerance, understanding and cooperation.

So far the 12 young people, six Sunni Muslims from the southern Port city of Sidon and six Evangelical Christians from Beirut, spent a day together doing a range of group activities, exploring how they would like to see their faith contribute to realising the future they wish to see for Lebanon.

Given that so many young people want to leave Lebanon, it was amazing to see young people dreaming about a possible different future reality,

says IMES’s Arthur Brown. A second day is planned for the same group, this time in Sidon.

Of course food was an important part of the day, and we all enjoyed an amazing feast of oriental food, prepared especially for the day. We are all looking forward to meeting up again and to seeing how The Feast could develop in Lebanon. 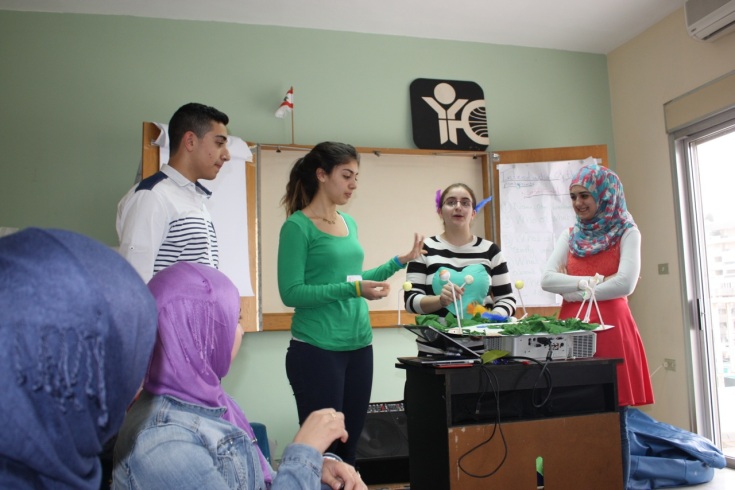 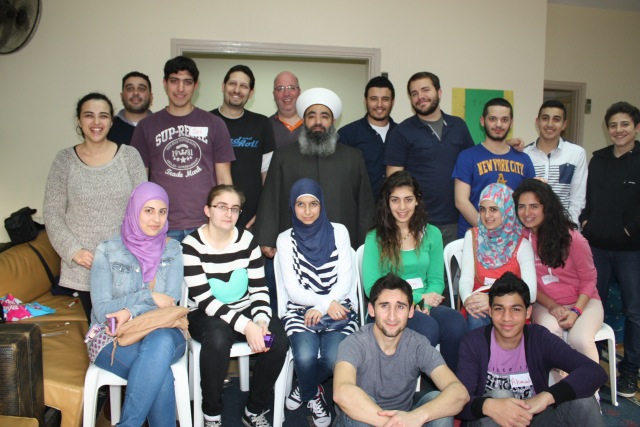